CLAY: The Emmys took place on Sunday, Buck, and we kind of talked about this a little bit. If you were watching, you might have said, “Hey, this looks totally normal.” None of the actors and actresses, none of the comedians up on the stage making jokes — none of them — had masks on at all. I tweeted about this because we’ve been focused…

“If we’re gonna require 2-year-olds to wear masks, why do all these super-wealthy celebrities at the Emmys not have to wear masks?” And they tried to put out a statement explaining why after many people asked that same question that we were asking yesterday:

“How is it that we ended up with this totally divergent situation where…?” Now, they said it was a tent, but it was effectively indoors. There’s no social distancing, and everything is completely normal for the Emmys, but your kids can’t go to day care without masks.

BUCK: This is the best. So usually, we sit here and we would say to everybody, “Oh, my gosh. Look at the hypocrisy at work here,” right? So there’s different versions of this. You have the mayor of San Francisco London Breed, for example, a version where she just says (summarized), “I’m important. I’m powerful. My friends and I were having fun. I don’t care what you say.”

BUCK: Yes. That’s one version of this. Okay, fine. What happened with the Emmys is even more enraging but also, folks, it’s so perfect at the same time. Here’s what they ended up putting out, what they ended up telling everybody. They were not, in fact in… See, what Clay just laid out is, “This makes no sense. Adults are more at risk and more likely to spread the virus.

“The vaccine does not prevent you from spreading the virus, as we all know. Children are very low risk, very low.” Also, they leave this out now, and I don’t know if this has allegedly changed because of data, but children are also — and have been from the beginning — less likely to spread the virus, probably because their immune systems clear it so quickly as well. That’s a part of this. Right? If you’re sick for a week, it’s more likely you’re gonna have a viral load that’s higher than if you clear this in 24 or 48 hours with no symptoms.

CLAY: Most kids never know they had it.

BUCK: Exactly, and some children do. But the part of this that’s great, folks — and this is important. This is not just something that we sit here and say, “Look at these clowns,” although we’re doing that, too. The Los Angeles Health Department has in place an exemption — an exemption for TV production and stars who are considered performers in a TV production.

BUCK: So essentially because the Emmys, they treat it like it’s one big TV show. It’s almost like they’re filming an on-set soap opera or something. So everybody there is technically in compliance because they knew the whole tent thing, by the way, that was really weak sauce. So everyone there was in compliance. So this is the difference, Clay.

We have now actually gone to the point where it’s not just the different implementation of the rules or the hypocrisy around them. This is now like Orwell’s Animal Farm where they’re changing the rules to specifically benefit certain favored groups. Now we’ve gone just a few steps further than what we had before where, “Okay, we let some people slide and others don’t.” No. Now it’s Clay has to wear a mask, but the guy Jason Sudeikis does not have to wear a mask. That’s the way this goes.

CLAY: And it’s entirely based on the profession. You may remember this, Buck. I think it was back maybe last May or June. Do you remember when they shut down the woman’s bar in L.A. County, bar/restaurant, from being able to be open, literally in the parking lot?

BUCK: Yeah, she had a huge outdoor area. She spent all the money to build it. This is the perfect example. She set up all this money to set up hurry outdoor dining and Governor Gavin Newsom — who California voted to keep around, unfortunately — had this ordinance in place where if you’re doing TV or movie production ’cause they right big checks and they’re important to politicians, you eating in a big group of people outside, that was okay.

BUCK: But if you were running like a local sandwich shop or barbecue joint or pizzeria, your eating outside is a public health hazard. And if you disagree with that, Clay, you’re a monster who wants old people to die.

CLAY: And that video was so perfect because she had created this outdoor seating area in the parking lot, and they were literally filming and doing the casting and the feeding of the crew in the parking lot next door to her. They were allowed to have hundreds of people eating underneath their tent. She was not allowed to have her business open next door. This is where all of these absurdities get exposed on a perfect level.

BUCK: This is also, though, why it’s so pernicious — honestly, it’s evil — to keep hammering these narratives of the good people and the bad people during covid. I would argue the only bad people are the tyrants that are making us do stupid things.

CLAY: I agree with you.

BUCK: But there’s this notion that there are the people that have been fighting covid and doing every they can. Other people who are most pro-covid. They actually will make jokes. They’ll say this, you know, that people, what’s her name over at MSNBC — 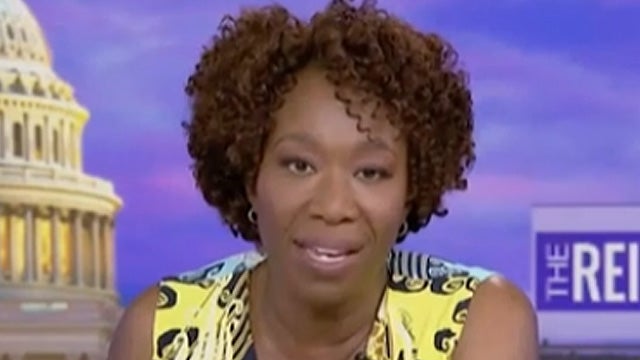 BUCK: — last week she said, “Republicans love covid.” They’ve convinced themselves of this. But, Clay, because that narrative has been so consistent among the media, the Democrats, the left now for so many months, they actually have reached a point — you’re seeing it — where they believe that different rules that elevate them, that exempt them are warranted and fair.

They believe… You know, this is Animal Farm: “Four legs good, two legs bad.” No, they’re saying, “Two legs bad, except for the pigs who can walk around on two legs with monocles and sleep indoors on beds and pretend that they’re humans,” as they did in Animal Farm. That is the situation.

CLAY: When we come back, I want to talk about this, too, because I think it also exposes how little fear there is. When you hear London Breed say, “I was having a great time,” the mayor of San Francisco, “and so you shouldn’t be able to be the fun police.”

What it’s also illuminating is many of these people, I think, see the same data that we’re seeing. They’re just not willing to stand up to the fearful in their bases. They’ll live their own lives without fear, and without following the rules that they’re trying to force the rest of us to follow. It’s really pretty fascinating.

BUCK: Yeah, somehow, they want everyone else to be really scared. They’re not scared.

CLAY: They’re not scared at all.

BUCK: But they want you to be scared ’cause it’s easier. The best way to control people as we all know especially at a mass media level, is fear. Fear goes right into that part of the brain that allows those who want to to control you.