CLAY: The Olympics are underway, and we are about to have an Olympic-level fight in the United States over masks and whether or not kids should be wearing them. We played you some of the cuts and discussion yesterday where Joe Biden basically said, “Hey, the CDC is going to say that kids in schools need to be wearing masks.” I got an email yesterday, Buck Sexton.

My two youngest kids are going to be in a school district that is not requiring masks. Now, kids can wear masks if they want to — or, more accurately, if their parents want them to. They were open, our school district was, public school, all last year. And now Ron DeSantis has come out in the oasis of freedom that is Florida, Buck Sexton, and he said this about masks in Florida schools.

DESANTIS: We need our kids to be able to be kids. We need them to be able to breathe. It’s terribly uncomfortable for them to do it. There’s not very much science behind it.

CLAY: That is Ron DeSantis explaining that they’re not gonna be wearing masks — and, Buck Sexton, I think that makes some sense. I would imagine the vast majority of our audience is in favor of it. But Jen Psaki, the Psaki Bomb, is not so much in favor of it, Buck Sexton. Let’s listen to Jen Psaki, a couple of different cuts here, as she responds to the news that Florida kids are not gonna be required to wear masks.

PSAKI: I’ve seen the reporting, uh, but what I can tell you is that there has been no decision to, uh, change our mask guidelines. If, uh… Any decisions about public health would be driven by CDC. But of course we are engaged with public health experts and the CDC about how to continue to attack the virus. And we’ve never said that battle is over. It’s still oncoming. It would be more concerning — or should be more concerning — to all of and you the American people if we were not having those conversations. So there’s certainly conversations, uh, about steps we can and should take.

BUCK: So, Clay, I tell you, authoritarian busybodies are not done with us.

CLAY: Oh, of course not.

BUCK: That’s what we know, and I’ve been trying to warn everybody for a while here that they would have to relent with the vaccine campaign on masks a bit because it became obvious that there was a huge messaging mismatch of, “Get the vaccine, it’s so effective, it works so well, but then you still…”

Remember in the beginning it was you still have to wear a mask and then people realize, well, that doesn’t really make a whole lot of sense. It doesn’t structure the incentives properly. What we’re seeing now is that you know there’s the old joke about a Puritan is someone who lives in the constant fear that someone, somewhere is having a good time?

BUCK: The mask maniacs live in the constant fear that someone, somewhere, is breathing free, fresh air — or their children or doing so — without this constriction on their face. And people I think who are listening in places where this hasn’t been as much of an issue… I mean, I was right in the thick of it here in New York City.

BUCK: You never had it this bad. I mean, Nashville is a little liberal, it wasn’t as bad.

CLAY: But we’re right outside of Nashville and Buck, what we discovered early on where I live is where the county line was, covid knew when it hit the county line, and so it would stop. As you were driving down road and you passed that county line, covid would say, “Oh, this is the city of Nashville now. We’re gonna change the way that we spread,” and so people had to wear masks there, but as soon as you crossed the county line, you’re fine.

BUCK: And so now what you’re seeing are Democrats looking for opportunities to either encourage not mandates, but suggestions at the city level, different Democrat-controlled cities. But also, there are rumors going around that they may try something even more aggressive to get a federal mandate. Now, the White House says no, but this White House has lied about lots of stuff when it comes to covid.

CLAY: And to be fair, Joe Biden might not know what’s going on in his own White House.

BUCK: There’s at no point at which that’s not a thing that we could say.

BUCK: But you could think about this, if you want to go a little creative. Okay, let’s say you’re listening right now; you live in Nebraska or you live in Texas or Florida a place that has a lot of freedom.

BUCK: And you say, “Well, it’s a New York, California, New Jersey problem that Buck and Clay are talking about.” Well, we’re looking at schools, kids, masks right now. What if the federal government says, “We’re gonna tie federal funding to mask policies in schools”? They haven’t done this, but does anyone really think that’s beyond them? Does anyone think that this Biden administration would say (impression), “It’s a sensible thing to do. No joke!” Yeah. I mean, if there’s a federal mandate of some kind, then I do think that the Lululemon brigades will be out in full force.

BUCK: I think that’s very possible. If that doesn’t happen, though, it will be state by state. Look, we already see this.

BUCK: You’re in L.A. right now as we’re doing the show, and in Los Angeles I know that there are people who are not only masking, they’re enthusiastically masking up. I heard from friends of mine that now on dating sites, they’ll have vaccinated/unvaccinated. This has become a cultural signifier in the blue strongholds, something that’s out there right now. In those places, they’ll get away with the mask mandates for kids, at least, because they’ve got a huge —

BUCK: — whether it’s in New York, an 8-1 — advantage of in registration. But if they try at the federal level than, yeah, I think we’ve got a big pushback coming.

CLAY: I also think, Buck — and I’ll use an example my thought process last year. I was so excited that my kids were going to be present physically in in-person school last year that I was saying, “Okay. I’m not gonna fight a massive battle over masks.” I think there are a lot of people out there whose kids have not been physically present for much of the past year and change that are gonna say, “Whatever.”

If our kids have to wear masks in order to be back in person, I’ll do that. I think the places that were already open are going to be particularly aggressively fighting the idea of mask mandates for kids in school because we already did it last year. We know — and here’s the thing, Buck. We know that it is completely nonsensical and without any scientific basis. It’s all cosmetic theater, right?

Kids are not primary vectors of spreading this disease, thankfully. And the idea that they’re stopping the virus from being spread by wearing masks, as you and I know, is just laughably absurd. I mean, the kids are taking their masks off to eat. They’re taking their masks off to drink. They are kids who are… Let’s be honest, anybody who spends time around young kids: They are petri dishes. They aren’t exactly known for their cleanliness. So this entire mask obsession, I think is going to turn into a massive battle.

BUCK: I certainly hope so. 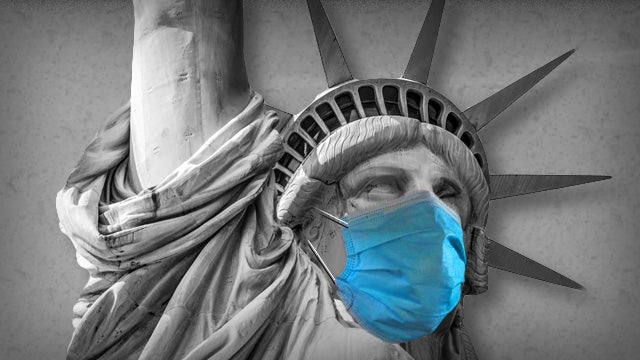 BUCK: Yeah, I hope so, because last night I went to a classical music concert at a church here in New York City, and they were enforcing the mask mandate. You walked in there, they say, “Vaccinated or not. We don’t care. You must wear a mask here.”

BUCK: It was a beautiful concert; it was nice music and all that. But I’m just sitting here thinking, how could any…? I want to sit down with the person who thinks this is intelligent.

BUCK: I honestly want to, because it’s always, “Oh, don’t yell at the people enforcing it! It’s not their fault.” Okay, who’s fault is it? It’s not the city of New York.

BUCK: It’s not the state of New York. Who’s actually doing it? And we’re gonna have to get to the point here where I think, “I demand to see the manager,” is gonna be a thing that people across the country in places that do this is what we ask is we say, “Look, I want to know. I want to speak to the person,” ’cause everyone in there, Clay, was going to dinner afterwards. It was just kind of an early concert.

Everyone’s gonna… They’re all gonna sit there, no masks on. Covid gonna be there or not gonna be there. They’re gonna be immune; they’re not gonna be immune. It makes no difference whatsoever. But this has become a mask anxiety disorder. People have suffered a psychological break — millions and millions of them — from listening to the lab coat tyrant Fauci night after night, from believing the Biden administration rhetoric, not just when they were in my office. Remember in the prior…? I mean, I haven’t forgotten back in the general election Biden telling people, and Harris saying, “I don’t know if you can trust that Trump vaccine.” 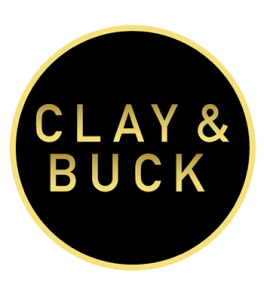 BUCK: Oh, we’re all supposed to forget that now.

CLAY: Not only that. I think it just goes to if the CDC walks back their guidelines, Buck, already people don’t trust the CDC ’cause they’ve taken every angle of every different perspective on covid. But what they tried to dangle out there — let’s be honest — was the carrot. “If you’re vaccinated, then you don’t have to wear masks,” and as we all know the difference of being able to tell if somebody’s vaccinated or not is virtually impossible. So masks disappeared basically within a couple of weeks every all over the country, and I think people breathed a sigh of relief. If they try and bring them back, I think to the extent that there is any legitimacy left in the CDC, I think it goes out the window.

BUCK: Let’s never make the mistake, though, that lockdowners have principles or integrity when it comes to any of this.