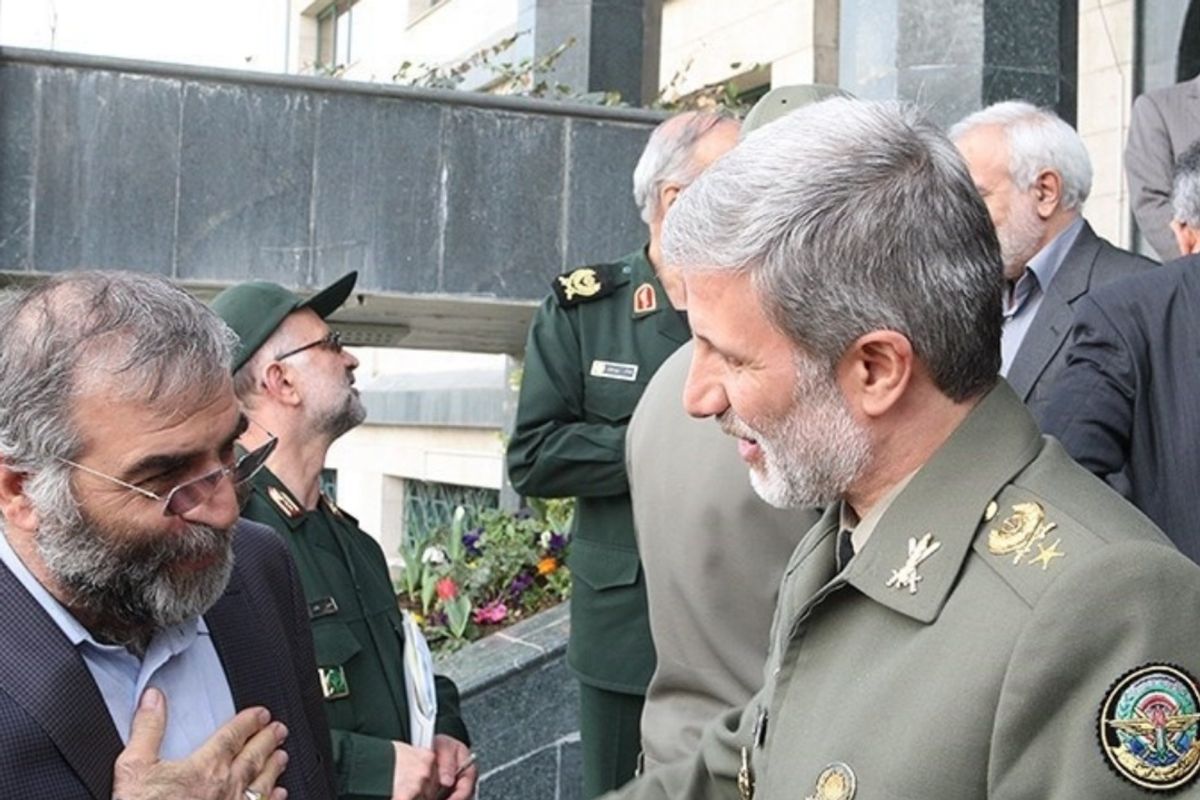 If you haven't seen the new Apple TV+ drama Tehran, it's definitely worth your time. It tells the story of an Israeli spy who sneaks into Iran to set up an attack on Iran's nuclear program. Now that the new Bond movie is delayed, this show has a little bit of everything to hold you over: international spies, hackers, double agents.

No matter how Hollywood tries to invent these stories — and this one is definitely good — they always fall short of what happens in real life. What happened in Iran this past Friday is a movie waiting to happen.

What happened in Iran this past Friday is a movie waiting to happen.Iran's top nuclear scientist, Mohsen Fakhrizadeh, was assassinated as he was traveling to his private villa just a few miles east of Tehran. The operation involved a team of over 60 people. Around 50 logistical support agents backed up a dozen gunmen. They knew everything. His schedule, his private address, his classified movements, the route...

Fakhrizadeh was traveling in the middle of three armored vehicles. When they approached the ambush site, the hit team cut off all the electricity in the surrounding area. A car bomb was then remotely detonated, taking out the rear vehicle in the convoy. 12 gunmen proceeded to open fire on the other two cars. Iran's top nuclear scientist was dead, and NONE of the hit squad were wounded or arrested.

Now you can already guess where the blame is being directed this morning. Almost immediately, the fingers began to point at both Israel and the United States. The mainstream media is trying to paint this as an effort by Trump to sabotage a Biden effort to restart the Iran Nuclear Deal. Remember that "masterful" stroke of Middle East foreign policy? You know, the deal that included $150 BILLION — in cash — that Obama and Biden knew would be used to kill Americans and destabilize the entire region. Remember that?

They said it was impossible... but Trump did it.They claimed their way was the only path to peace. What did they get from it? Iran spread out all the way to the literal doorstep of Israel. The elite Iraqi troops of the Republican Guard were staging in Syria, plotting that ultimate attack to take back Jerusalem. The entire region was set to explode... but then Trump scuttled the deal. What did it lead to? Historic peace agreements between the Arab world and Israel.

They said it was impossible... but Trump did it. He reimposed sanctions and launched a campaign to kill terrorists rather than give them money.

John Brennan took to Twitter this weekend to call the assassination a criminal act.

It echoes what they said when the top terrorist in the world — Qassem Soleimani — was assassinated in Iraq. Coincidentally, the Iranian government published artwork over the weekend depicting Soleimani and the, now dead, nuclear scientist standing side by side.

You see, now matter how people like Brennan and Biden might try and say otherwise, this is exactly the type of person Iran's "Robert Openheimer" was: a terrorist in the same category as Soleimani (but obviously with a lot more dangerous capability).

Iran has been protecting this man for two decades. They called him merely "an academic," but denied the UN IAEA inspectors to ever question him.

The rhetoric Iran fed the global community was that their nuclear program didn't have anything to do with weapons, and that this nuclear scientist was involved in research to improve their energy programs. But in 2007, the CIA said this was a cover story. In 2008, the United States froze his assets, and the IAEA made it public that this scientist was leading Iran's nuclear weapons project.

Iran called it "Projects 110 and 111." Fakhrizadeh was tasked with finding out how to miniaturize a nuclear warhead and make it durable enough so that it could survive re-entry into the atmosphere on top of an ICBM.

There can be no accommodation with terrorists.Obama and Biden's nuclear deal didn't stop ANY of this. Israel revealed in 2018 that Projects 110 and 111 continued. Fakhrizadeh was specifically called out as still being the main man in charge.

Biden thinks his policy of accommodation will somehow bring us the peace that Neville Chamberlain once thought was possible with Hitler. When has this borne fruit with any maniacal tyrant or terrorist... ever?!

And that's exactly what Iran and their thugs are. They're terrorists! They're not a legitimate regime. Long before ISIS, the terrorists in Iran stole a country, planning to spread their caliphate all over the world. Members of Al Qaeda, despite being Sunni, enjoy free sanctuary under their protection. They want to burn Israel to the ground. They chant "death to America"... It's actually a holiday there.

There can be no accommodation with terrorists. Biden wants peace with Iran, and he'll probably roll out a red carpet and offer them a few hundred billion more dollars. We know this doesn't work. To quote Reagan, "there's one way to have peace and you can have it in this second... surrender."

That's how you deal with terrorists, and — whether we were involved or not — another one was just taken out.