BRETT: I have come upon an epiphany as I've been watching this fight over Georgia, and it's pretty simple, pretty direct: Democrats are only happy when judges set the rules for voting. We saw that take place back in the run-up to the 2020 election of course, when we watched Marc Elias go around the country with a bunch of other folks involving groups like Eric Holder's group, et cetera, and were suing to change the voting rules, right?

They were suing to ensure that judges would make decisions on mail-in ballots, mailout ballots, shotgun ballots, whatever you want to do. The conservatives, Republicans, are most happy and most at ease when it works through a legislative process. So there's going to be no satisfactory solution when it comes to Georgia because you have one side that is oriented towards a judge in a robe banging a gavel and telling you that you must change your voting laws regardless of what the legislature wants.

It's just a fundamental difference in terms of the style, in terms of the orientation. You're either oriented towards one boss -- a judge -- deciding how you vote, or a legislature passing laws, being accountable to the voters every two, four or six years. And that's what's really incredible about it, right, when you think about what it is that's happening in Georgia.

MLB has made such a blunder and made such a mistake to wade into this, but I can't fully blame MLB for what's happening because they were driven to it by the president of the United States. It's that simple. The president of the United States -- who's now running around telling people that he didn't push this, didn't endorse this, didn't make this happen. 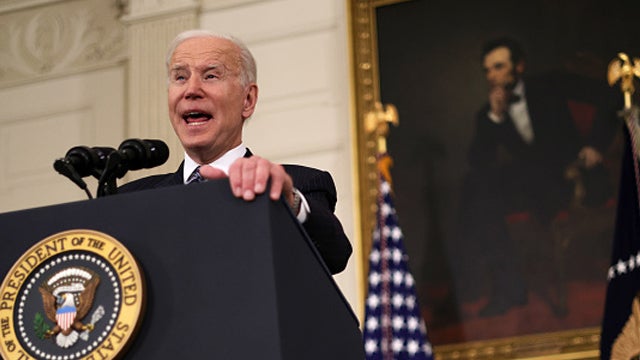 No. The White House did this. The White House got on board before, as Fay Vincent notes in the op-ed today, the former MLB commissioner before Rob Manfred. Fay Vincent said essentially you had to let this thing kind of breathe for a minute. You had to kind of get a sense of where this was going on Georgia before you pulled the All-Star Game out of Georgia. But no!

Rob Manfred is driven just like the current iteration of activists around the country to run immediately to the boycott. "We must do the boycott," and it's interesting, right, because we've been done this road a number of times. When we see atheists threatening to sue either schools or towns or communities or religious institutions for expressing their faith.

You must eject that from the conversation. Same thing happens with boycotts. Very, very few boycotts are ever carried out. It's the discussion of said boycott that drives these sorts of things, and so Rob Manfred and corporate America -- Delta, Coca-Cola, you name it -- are all part of this conversation because they're now the work corporatocracy in our country today.

Now, here's what I thought was terrific. You no doubt heard about this, Marco Rubio writing a letter to the MLB commissioner, Rob Manfred, saying, "Hey, listen, since you're getting out of Georgia, since you're pulling the All-Star Game and the draft out of Georgia," sticking it to, by the way, a whole bunch of small businesses, communities of color, and the hotel industry that's been laid low because of the pandemic.

Of course, you had unrest last summer in the city of Atlanta on a number of occasions. Marco Rubio penning a letter to the MLB commissioner saying (summarized), "Hey, I know that you like to be in bed with people like Cuba and the People's Republic of China. But why don't you be consistent and drop your Augusta golf membership?"

He wrote in part, "Similarly, I'm under no illusion that you intend to resign as a member from Augusta National Golf Club. To do so would require a personal sacrifice as opposed to the woke corporate virtue signaling of moving the All-Star Game from Atlanta," and where are they going?

You know: To Denver, to Coors Field. Now, this is very interesting to me because Joe Biden had to wade into this again yesterday. He had to come into the middle of this conversation and say, "Listen, stop it. Stop it. Smarten up. You better knock it off." Here's Joe Biden yesterday at the White House. 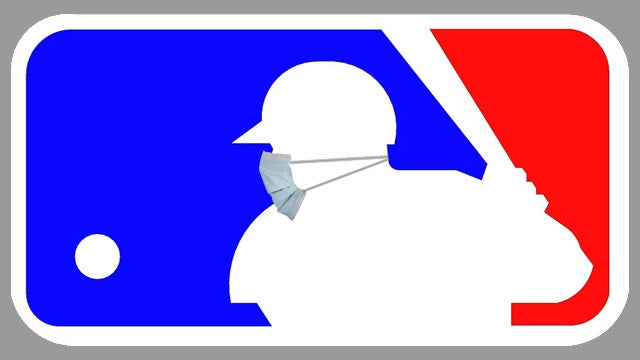 BIDEN: (whispering) The best way to deal with this is for Georgia and other states to smarten up. Stop it. Stop it.

BRETT: Stop it. Just stop it. Remember when Barack Obama in 2015 told Vladimir Putin, "I talked to Putin in Shanghai and I told him knock it off, cut it out! Quit getting into our elections. Cut it out. Cut it out, smarten up, stop it." I promise you, if this story continues in Georgia the way it is, Joe Biden is at best 72 hours from uttering the phrase "Skedaddle." Skedaddle!

He's gonna go there next. Nobody says, "Smarten up." That's something said to somebody... You know who would have said, "Smarten up"? Whoever it was that would have talked to Joe about fighting Corn Pop back in the 1950s. "Smarten up, Joe! You can't fight Corn Pop like that."

Well, Rush was reading these tea leaves decades ago with what we're facing today with the woke crowd in sports in corporate America. Back in 2015, remember there was a situation where the football team at the University of Missouri getting involved with a protest. Rush warned us then about the politicization of sports starts small where it eventually might lead.

RUSH: Do you realize the pressure that's going to be brought to bear on every college football program to now get involved in politics? And if they don't, can you imagine the peer pressure that's gonna be brought down on these athletes on college football teams who decide they don't want to get involved in things like this? This is going to change forever if people don't get a handle on this. 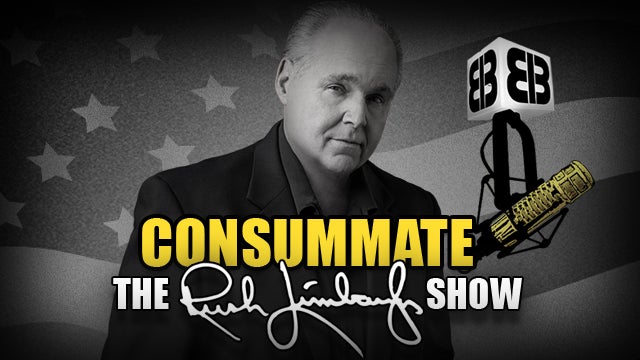 Look, that's a whole 'nother thing, and you have no idea what that's gonna mean. I mean, weeks or months from now, next season, you wait 'til these people learn that they can get their universities to do anything if they can co-opt the football team into joining whatever they're protesting. And imagine the peer pressure on African-American football players. "You better join our protest or else! You better join us in our protest. You better. You better sign this pledge that you not play, not practice. You better sign the boycott pledge."

BRETT: That was an excerpt from a longer and chillingly accurate monologue from six years ago. We'll share more of it tomorrow, 'cause it makes a larger point about what's happening today and why no one should be surprised. But we need to stand up to this stuff. Rush consistently pointed that out. If you believe in the convictions of your beliefs, if you are confident in the conviction of your beliefs, you have to defend that.

I go back to that original point I raised as we came in from the start of the program, and it's the idea of here you had all these activists running around all these states -- going in front of judges, throwing out different provisions because it wasn't convenient to do this during a pandemic election, right? We watched what happened in Pennsylvania. 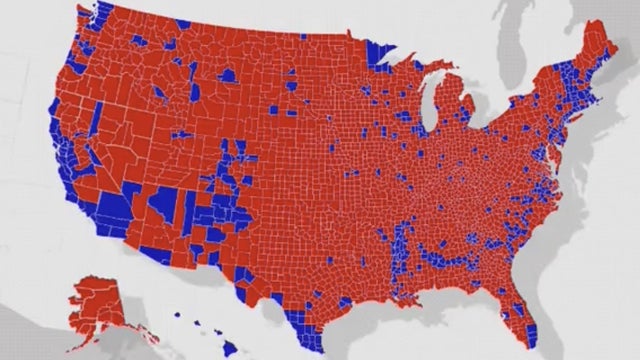 They suspended constitutional issues in the Pennsylvania constitution. They just tossed 'em out because they wanted to change the way people were gonna vote, and so what happens? The Republicans look at this across the broad spectrum -- Wisconsin, Michigan, Pennsylvania, Georgia, the battleground states -- and they say, "Well, listen.

"If the Democrats can get out there and run around with their activists and go into these states and get judges to flip the rules, change the rules, throw the rules out the window, then we can go into these legislatures and advocate -- at the legislative level -- for change, for the kind of change that we believe needs to happen."

Now, every one of those legislators in the state of Georgia -- right? -- will face election at some point, and the voters will be heard. There will be lawsuits. No doubt there will be lawsuits. But instead, what we have to do is now apply pressure to a whole third-party class of people which are the corporations and say, "Now, listen.

Warnock was one of the people saying bring about the boycott. Boycott the state! Get MLB out. What senator in their right mind representing their state would encourage a hundred million-dollar hit to a city like Atlanta -- a city that, by the way, has a huge African-American population?

You just can't give them a bottle of water on a bottle that says "Ossoff for Senate" or "Warnock for Senate" or "Biden-Harris for President." That's what it comes down to. It's easy. It's not complicated. What you're seeing from the other side is a lack of confidence in their convictions.